The construction of a fuel farm at Velana International Airport (VIA) to boost its oil storage capacity has commenced.

The project will see a total of 3 tanks with a diameter of 37 meters in each, built which would in total hold a capacity of 45 million tons of fuel, according to Maldives Airports Company Limited (MACL) – the operator of VIA.

Fuel farm construction has been assigned to China originated Beijing Urban Construction Group (BUCG) which also handles the development of the new runway and a new cargo terminal. The total cost of all projects reach USD 373 million dollars according to Maldives state. 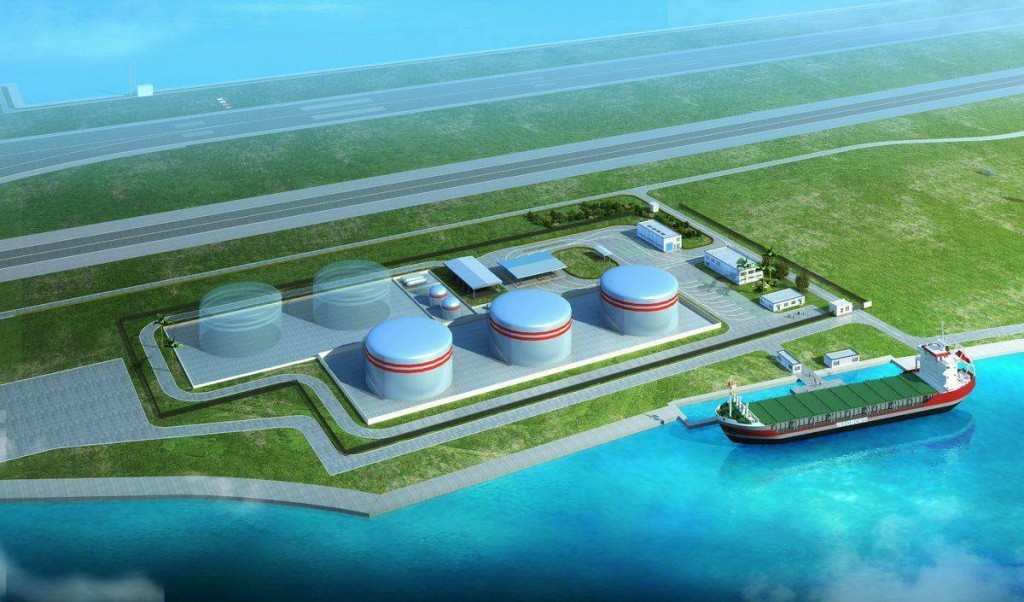 While the construction of new oil tanks is underway, the contractor had also started trenching the airport location to install connecting pipes for the supply of fuel to the sites needed areas and jet refueling stations.

The pipes would cross a length of 8.4 kilometers.