One&Only Reethi Rah has held a one-day programme for children with Special Needs from Imaduddin School, to mark the Autism Awareness month. Themed around the importance of marine ecosystems for the Maldives, 16 students, including students with special needs attended the programme which comprised of an information session and a snorkelling trip to the lagoon.

The programme was spearheaded by the resort’s in-house Marine Biologist Bekki Suzhan Hull and her colleagues. The experts informed the students about the delicate balance of Maldivian Marine Ecosystems and the consequences of human actions on the environment. They presented photographs of the inhabiting and returning turtles on their reefs and gave the students opportunity to name the turtles. 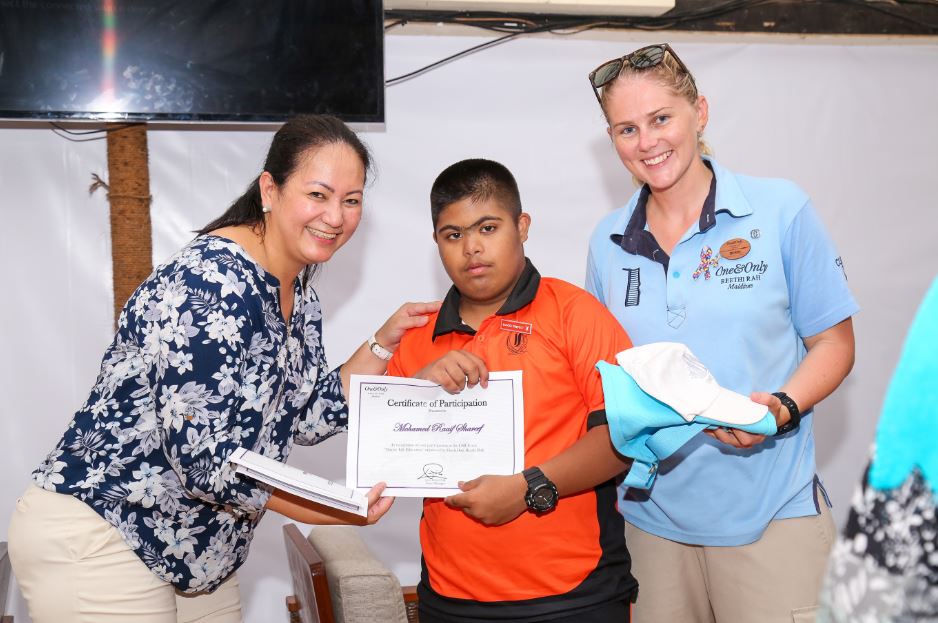 “I think it gives them an opportunity to connect with nature at a personal level. When they name a turtle, they will be more inclined to think of these animals as their friends. That’s the idea,” says Bekki. It is one of the many CSR programmes One&Only Reethi Rah conducts every year in order to keep a communal connection with the people of Maldives.

Mohamed Sharaf, the HR Manager says the resort and the staff are committed to Maldivian communities. “We have been conducting programmes annually since 2008. Sometimes the management conducts the programmes as we did today while other times our colleagues visit the orphanages in Villingili and Hulhumalé to identify the areas they can help in. I am proud that my colleagues donated beds worth approximately US$8000 to the orphanage Fiyavathi in Hulhumalé in 2017,” he explains.

“We are also signing contracts with them to sponsor one of their staff for a year. That means we will be giving them salary and allowances for a year. Additionally, we try to accommodate small-scale requests such as experience trips for students from nearby islands.”

The resort is also committed to sustainability and environmental protection. Most of the resort itself being reclaimed land – now filled with coastal greenery much like a natural island – the colleagues display a spirit of commitment to the island’s sustainability. Leon Pink, the Resort Manager says they have big plans to go green and be as protective of the environment as possible.

“We are making big steps in the right direction. We have got three key environmental partners. We are registered with EarthCheck, Parley and Project Zero. We have pretty aggressive targets like reducing the plastics within the next 12 months and hopefully go plastic free,” says Leon.

“We have an active environmental committee here called the Maakana Committee named after the tropical seabird – herring.” He says, with a cheerful smile towards a mascot in the form of a Maakana, taking part in their staff football tournament, which was happening consecutively as his team of Marine Biologists were getting ready for a closing ceremony of their programme. 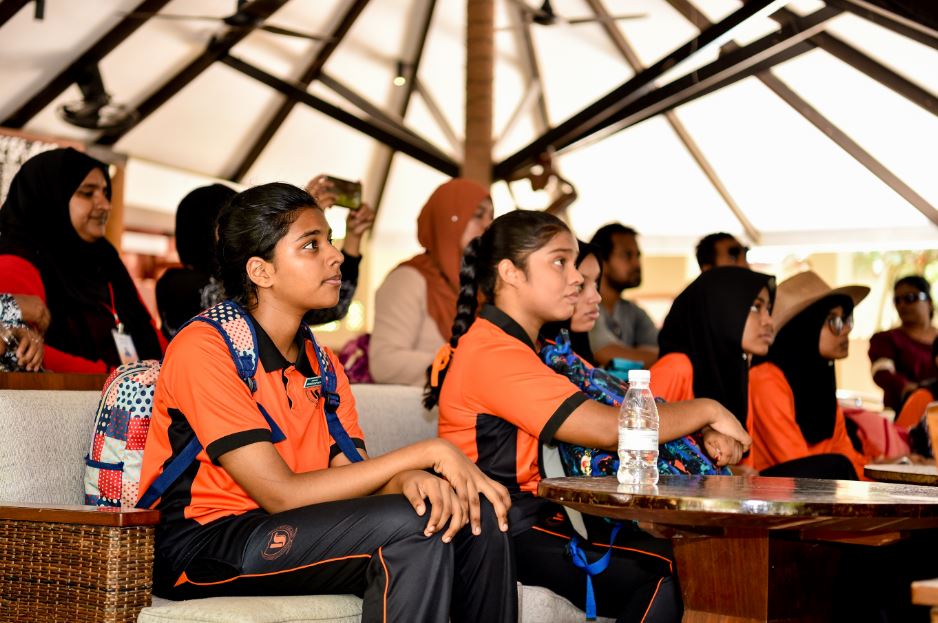 At the closing ceremony, the students with special needs showcased their talents in the recitation of Islamic religious poetry which was received warmly by the attendees. The students were awarded certificates of participation while the team from Imaaduddin School gave certificates of appreciation to Bekki and her colleagues.