The ongoing political turmoil in Maldives would reduce tourist arrivals, a key driver of the economy and a prolonged crisis would dent investment inflows, an analysis by Moody’s said here on Monday.

“If tourists are deterred from travelling to Maldives for a prolonged period, the crisis will reduce growth and prompt us to revise down our current forecasts of 4.5 per cent real GDP growth in 2018. Tourism accounts for one-third of economic output,” the report said. It also said the crisis would impede the running of fiscal policy, exacerbating both fiscal and external pressures.

Last Monday, the government of Maldives declared a 15-day state of emergency, preventing release of nine imprisoned opposition figures as ordered by the Supreme Court. Later, the court’s order was reversed by the remaining judges of the apex court after the chief justice and one other judge was arrested.

“This development is credit negative for the sovereign because it undermines the rule of law by overriding, for apparent political considerations, a decision by the judiciary,” the report said.

The report said an immediate effect of political developments would be on tourist arrivals.

“Some countries, notably India, China, Singapore and the UK, already have issued travel advisories recommending avoidance of all but essential travel to Maldives. The US since January has had Maldives on a Level 2 travel advisory, which recommends that tourists exercise caution owing to terrorism risks,” it said.

The Supreme Court ruling had revoked terrorism charges against opposition members, including exiled former president Mohammed Nasheed, and called for their release.

“This is the latest in a series of attempts to prevent an unseating of the current president, Abdulla Yameen Abdul Gayoom. Similar events could become increasingly common with the coming presidential elections in September,” the report said.

“Tighter financing of government debt would be particularly credit negative, given Maldives’ sizable debt burden, which we estimate was 62.8 per cent of GDP in 2017. According to 2016 data, multilateral institutions held 9.8 per cent of public-sector debt, while bilateral lenders held 22.3 per cent. Smooth funding disbursement from these lenders is crucial for the financing of the government’s large-scale infrastructure development program,” the report said.

“Net foreign direct investment, which , in 2017 totaled $484.5 million, or 10.4 per cent of GDP, plays an important role in financing Maldives’ large current account deficit of 21.7 per cent of GDP in 2017. A substantial portion of this financing is likely directed toward the tourism industry and an unstable security environment risks reducing future inflows,” it said. 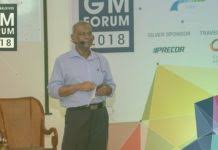