Outrigger Konotta Maldives Resort is privileged to announce that Eyck Zimmer will be guest chef at the resort 21 October to 2 November 2017.

Zimmer, 48, a German national, has wowed diners and culinary judges across Germany, Switzerland, UK, Hong Kong and Portugal in a 30-year career that has seen him cook in some of the best restaurants in the world: Claridges, The Dorchester, and The Ritz in London; The Palasthotel, Berlin; The Grand Hotel Regina, Grindelwald, Switzerland; and The Choupana Hills in Madeira, Portugal. 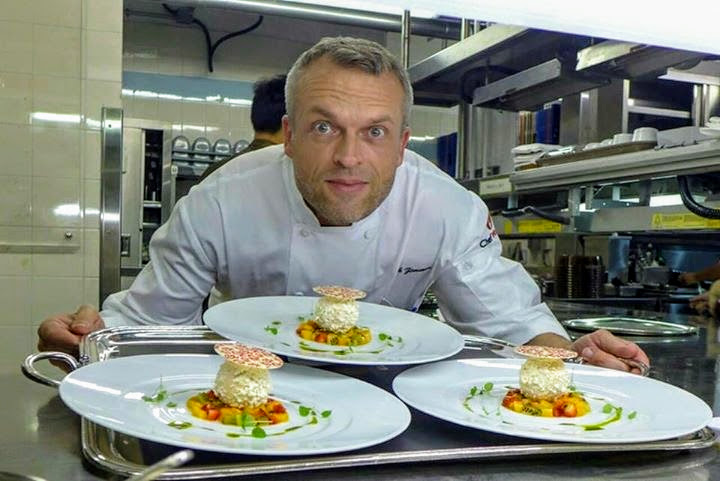 While at the Outrigger, Zimmer will create a special five-course menu on 24 & 25 October at the intimate 16-seat Driftwood Restaurant by the beach. The wine pairing will be presented by guest sommelier LuAndre Volschenk. Zimmer will also prepare a special Halloween dish on 31 October.

At the Outrigger, the multi-award winning chef will also conduct a cooking class on the beach, again with paired wines. Participants will receive an Outrigger chef’s apron, a signed menu and a photograph with Zimmer. The private cooking class costs US$150 per person.

“Eyck’s visit is a wonderful opportunity for guests to make the ultimate pairing of world class beach setting and sumptuous cuisine,” said John Allanson, General Manager of the Outrigger Konotta Maldives Resort. “It will be a marvellous occasion for our guests. Eyck looks forward to meeting everyone before, during and after the dinners.”

Zimmer was born in Erfurt, Germany in 1969. “In those days of the Cold War, Erfurt was part of East Germany. But I was lucky to grow up in a family where good food was always appreciated. Both my grandmother and my father were keen amateur chefs. Their passion for cooking encouraged me at quite an early age to take it up and experiment with their recipes.”

When the Berlin Wall came down, Zimmer was liberated and quickly moved to learn and then perfect his trade in some of the best restaurants in Europe.

On arrival in Madeira in 2003, after earning many accolades at the best restaurants in London, Zimmer found inspiration in the Portuguese sun. “I discovered fusion cuisine. A marriage of Portuguese, Asian, French and North African influences allowed me to experiment with all manner of innovative and intriguing dishes.”

“I discovered fusion cuisine. A marriage of Portuguese, Asian, French and North African influences allowed me to experiment with all manner of innovative and intriguing dishes.”

This October, at the culinary crossroads of the Maldives, guests will be able to discover the latest mouth watering inspirations of itinerant chef Eyck Zimmer.