Indian outbound travel is on the rise. With a seven percent growth rate during the past few years, an increasing middle class, which is estimated to be greater than the total population of the United States, changing attitudes towards spending complemented by a host of other environmental factors have contributed to a massive increase in the number of Indians travelling abroad. India is rapidly becoming one of the fastest growing outbound travel markets in the world, second only to China. It is estimated that 25 million Indians travelled out to destinations across the world in 2017 and with an annual compound growth rate of 10%, the number of Indian outbound travelers will cross the 50 million mark by the year 2020.

Although we have not there has been no fanfare about it, during the last ten years Indian arrivals to Maldives has increased by almost fivefold and in 2017 India is the fifth largest source market with over 83,000 arrivals.

Many may be surprised to hear that the total number of Indian arrivals is only surpassed by arrivals from China, the United Kingdom, Germany and Italy. And although the market has a long way to go before it can reach the levels of the Maldives’ most important source market; China, its performance in terms of annual growth during the last few years is impressive. 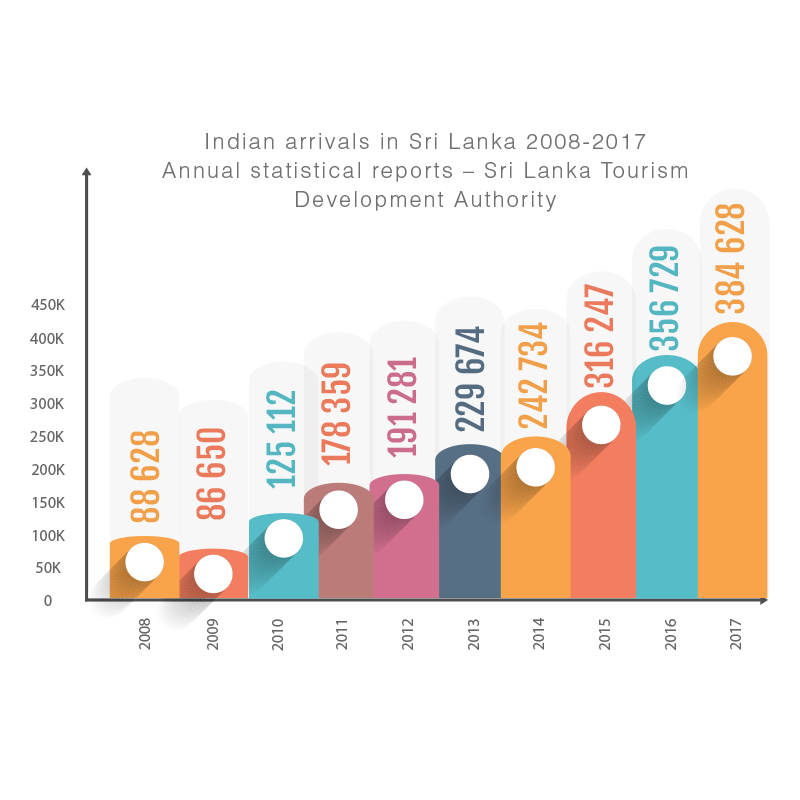 With that said, 83,000 is just a miniscule part of the of 25 million Indians who travelled abroad last year. It would have been so much better if the number was a little bit higher. One wonders if we are really focusing on this market considering its huge potential and easy access to the market in terms of marketing and reach. The ‘Kuoni Travel Report 2007’ predicts that total outbound spending will cross US$ 28 billion by 2020. Forbes estimate that the Indian Outbound Tourism Market will grow close to US$ 45 billion by the year 2022.

One might say that with the absence of direct flights from the major cities such as Delhi and Mumbai it could be challenging to make huge inroads into this market. However, it may be surprising to know that 80% of long haul international passengers from India have to connect at least once en route, to reach their destinations. Therefore, stopovers do not seem to be a factor that stops them from travelling to a destination.

There is great potential for the Maldives in the Indian market whichever way we look at it.

According to figures published ahead of the 5th Annual MICE India and Luxury Travel Congress (MILT), the country is estimated to generate 6.5 million outbound luxury and MICE tourists annually by 2020, reinforcing the country’s potential as a key source market for MICE and luxury travel. Mastercard forecast both the MICE and luxury segments to grow at a Compound Annual Growth Rate (CAGR) of 8.6% to 2020.

If we look at spending, Indian travelers are big spenders too. Indian tourists are among the world’s highest spenders according to Forbes. Their spending power is estimated to be four times that of the Chinese and the Japanese. According to Forbes the average Indian traveler spends $1,200 per visit, which is way above the average with Americans who spend about $700, and the British who spend $500.

The majority of the top ten leisure destinations traveled are within five to six hours from their cities. This puts the Maldives well within that radius. Dubai, Thailand, France, Singapore and Malaysia alone account for just over 50% of Indian leisure arrivals overseas. Among the top ten are Hong Kong, Indonesia (Bali), Switzerland and Sri Lanka. The top ten accounts for 70% of Indian leisure travel. India is the largest source market for Dubai and Sri Lanka and the fourth largest for Singapore. Sri Lanka received 384, 628 Indian arrivals in 2018 according to official statistics. This is up 7.8% compared to the previous year. With efforts made to capitalize on this market, Sri Lanka has now set a target for 440, 000 Indian arrivals this year.

With destinations such as Singapore, Malaysia and Dubai amongst the top ten destinations of the Indian market, one may be inclined to think that with the absence of shopping in the Maldives it may be difficult to draw large number to the country.

True, Indians are not traditionally beach-goers. However, the numbers show that this trend has changed significantly. A survey conducted by Sri Lanka Tourism Board shows that 63.7% of Indians go sightseeing excursions, while 49.82% go for shopping, 41.64% experience the beach and sea, 37.01% visit historical sites and 21% prefer wildlife in Sri Lanka. Research conducted in India shows that there is strong growth and interest in resort holidays, which is particularly true for young professionals aged 26 to 15 and for married couples. Destinations such as Mauritius, Seychelles and the Maldives came out as especially popular with honeymooners.

The Indian population currently at 1.1 billion is expected to overtake China as the world’s largest in the next five years. With that India’s middle-class which numbers 350 million people is expected to increase to 547 million. India will then rank as the world’s youngest country demographically.

A sizable number of Indians have a net worth of more than $1 million. Indian millennials are adventurous and confident and are more inclined to spend on activities such as travel, moving away from the strong Indian tradition of saving. Hence there is every reason to believe that the market will grow in leaps and bounds in the years to come. 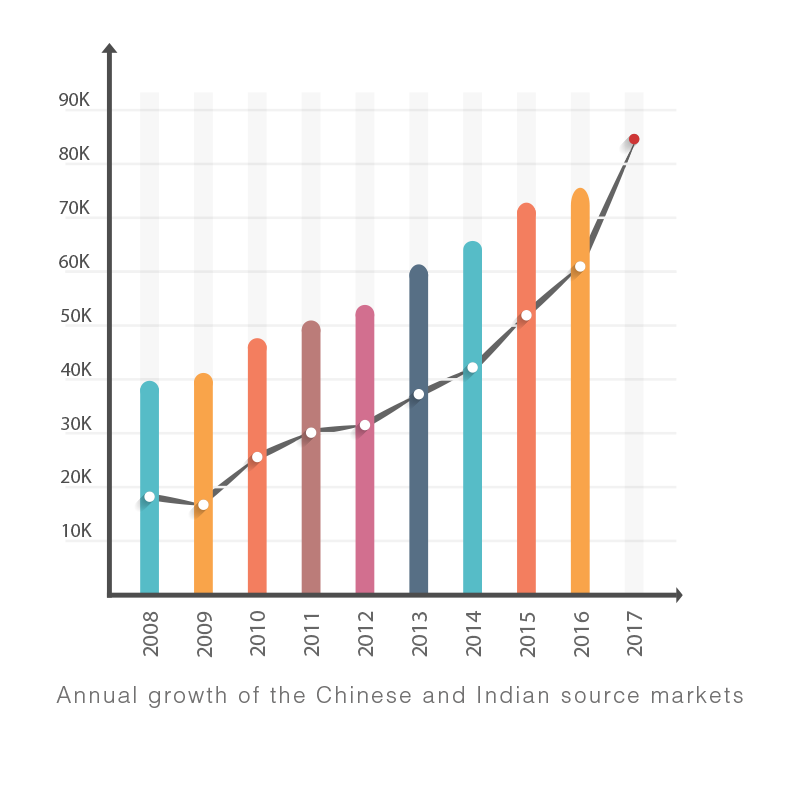 The growing India outbound tourism market is a big opportunity for most of the Asian countries as many Indians prefer these countries due to the distance, convenience of travel and also because of the availability of low cost careers.

With the right effort in marketing Maldives can draw the Indian tourists in larger numbers to the different segments of the tourist product the country has to offer; the young and the adventurous to the guesthouse segment with offers of excursions and new experiences such as diving and snorkeling, while for the luxury traveler, the country has a range of products that can attract them. And there is scope to achieve growth in MICE travel considering the proximity of the country and the brand power of the Maldives.

Destinations often take India as a single market, which is the primary mistake they make, according to travel experts. To penetrate the Indian market successfully it’s diverse market segments have to be recognized. Their unique cultures variations, attitude towards travel, demographics, their experience in international travel may vary immensely between regions and cities and these would play a significant role in their choice of destination.