There is something peculiar about being judged via the reflection of the door by a middle-age woman riding the elevator with you. It feels more liberating than originally anticipated when you finally step off that elevator on to the terrace and see an aerial view of the city.

A quick left turn passed the pool and you are inside and looking across a semicircular bar, checking in with your would-be waiter. On this particular Saturday lunchtime, the sunlight complimented the enduring architecture inside. And well before you’re seated, the view blue hue of the view demands your attention. A blue canvas from the sky to the ocean and the greens of the islands in their teal lagoons. You haven’t even been seated yet but you’re already somewhat satisfied.

Eight minutes and a short walk from the airport, Hotel Jen towers in the Maldivian capital, Male’ as the tallest building in the city. Atop, Azur (with the final E left out on purpose,) makes a culinary promise with the back drop of a unique ocean view with the city on the side. Designed to give the best view of both worlds with a near 180 degrees of huge windows looking out across the ocean and the city on both sides, it is fair to say that no seat in the establishment could be considered as a bad spot – day or night.

The waiter was prompt to bring the menu but he was off again to attend another walk-in. It is not surprising that so many locals visit the restaurant as it is transit hotel in the city although it felt a little understaffed with one person rushing back and forth between tables. Browsing through a definite international menu with separate sections for Asian and Western cuisines until his return, the variety promised confidence in quality.

I ordered a Filet Mignon served with Chimichurri sauce along with a blueberry mojito, since the noon tropical weather kicked in outside. Although I was quite surprised to find the accompanying salad to my steak being spelled Mescaline as opposed to Mesclun. It is common typographical error found in the restaurants yet I was very tempted to ask whether I was going to be served a hallucinogen. 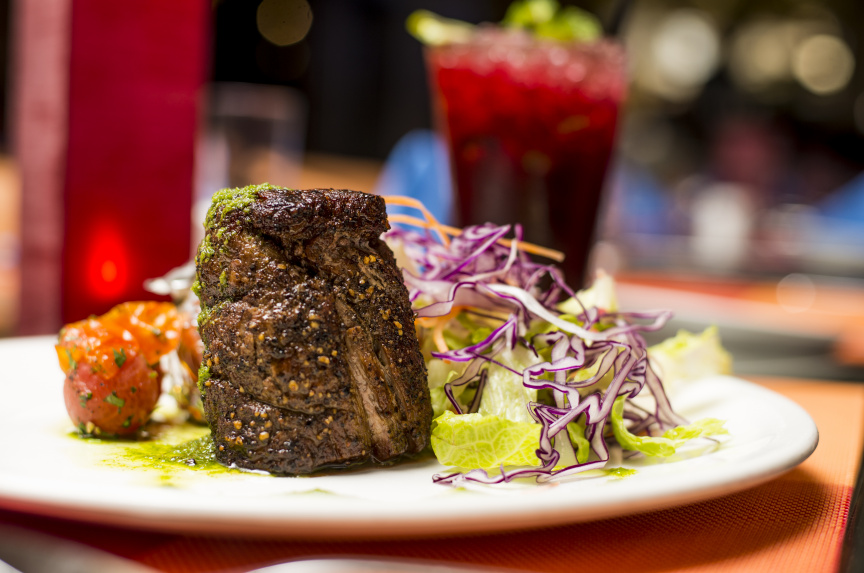 The drink came fairly quickly and it felt longer for the main course to arrive. However, the friendly touch in the waiter’s apology suggested that it could be a fringe event. The shade of a mojito could, to the keen eyes, tell you the training of a mixologist. In this case, it is undeniable.

Awaiting the main course, my anticipation and expectation shot high as when I noticed a little sign on the bar; Golden Circle. Of course, no Hotel Jen will be complete with the Shangri-La quality but in the knowledge that the hotel spa was outsourced instead of a tradition CHI Spa, the Golden Circle at the restaurant came as delight.

So the Filet Mignon came with a baked potato wrapped in foil and Greens. Despite personal grievances of foil being on a fresh plate, it is perfectly cooked and delectably tender. The balance of the sauce to stake ratio beside the “mescaline” salad achieved in Azur is rare sight in the city. The fresh ingredients shine through the taste making every bite an exquisite one. 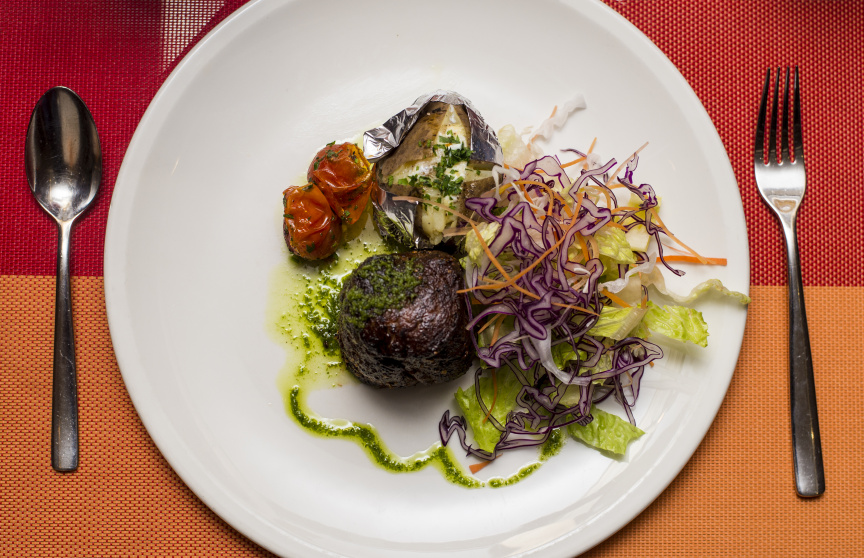 Following the hefty meal, the waiter recommend going for desserts. It is important to know that there was a legitimate reason why I didn’t order any dessert initially.

Desserts have been dwindled down to a mere afterthought in the restaurants these days. Unfortunately, Azur is no exception to this trend. The five items on the dessert menu, which could be found in almost every restaurant these days, making it a laborious choice. But the refined taste of my recent fillet stake was still in my mouth so I wanted to Azur a chance to shine. And so I asked the waiter which one would be the highlight.

His response: A chocolate lava cake served with vanilla ice-cream and two different berry sauces. Curious choice. Curious with a flawless execution. An exterior of freshly baked crunch with the thick chocolate oozing to meet the ice-cream and the Berries across the plate is nothing short of a self-conscious epiphany. Where many restaurants taint a dish, Azur rewards this particular dish as a thing of beauty and deliciousness. 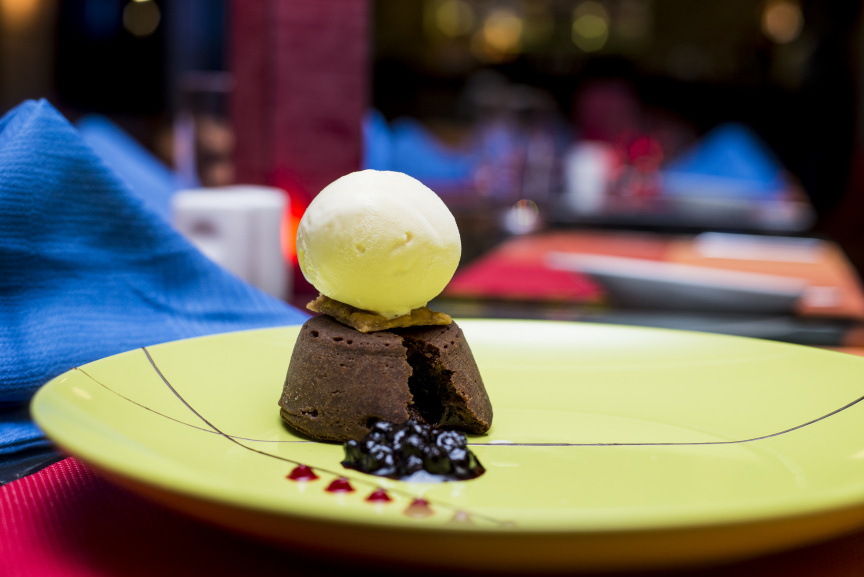 After a lunch worthy of the Hotel Jen brand, I was on my way out when the waiter met me at the bar with my shades I intentionally left behind to see a response time. He politely asked whether I enjoyed my steak and recommended that I stop by on Thursday nights for the BBQ specials and the Japanese menu on Saturday nights. I was curious as to where they could setup a BBQ grill. The waiter assured that the pool area is converted into an outdoor dining area at night.

Perhaps this was an opportunity to return to the top quality food of the rooftop Azur. After that service, it is not that I need an excuse to do so.